Terms such as Big Data, augmented reality, cloud computing and Internet of Things (IoT) have become a normal part of our lingo these days. Some people view such technologies as beneficial, whereas others are afraid of creating a dystopia for humans. There is, however, no dispute about these technologies accelerating in our business and personal lives.

We know historically that technology and globalization are two essential components to drive growth and prosperity all over the world. But, if the technology is no longer increasing our productivity then is it a valid driver anymore? Furthermore, the emerging economies have gained the most over the last few decades while most people in developed economies are left behind in prosperity gains.

Will the newer technologies continue to create the lion share of prosperity for the emerging economies and the upper classes of the developed world? A historical perspective is important to search for answers.

The second wave of industrialization occurred from late 1800 to 1960s creating prosperity with a lot of employment. The economy shifted to electrical power from mechanical power driven by water and steam that gave rise to the first industrialization. It became easier to create assembly lines for mass production that resulted in increased participation in the economy. However, the growth was most pronounced in the western countries predominantly.

From 1970s onward until now, in the third industrial wave, the growth drivers shifted to computers and automation. It required a shift in worker skillset and allowed more countries to participate in the growth and the economy became global. It placed a lot of stress on the lower skilled labor in the western world as they were now competing in a larger labor pool. But, the newer technology created an upsurge of employment resulting in a net positive. It required a bit more education and skill than before.

Today we are at the dawn of the fourth industrial revolution called Industry 4.0. We are at the cusp of integration among the cyber and physical systems. Data collection and analytics are transforming the companies to organize, operate and create value in altogether new ways.

Eric Schmidt of Google commented 6 years ago, that as much information was created in 2 days as it was from the dawn of man through 2003. His statement still bothers me today as it did then. The focus was on gathering data without knowing what to do with most of it. When you ask a manufacturing company the true cost of producing a product, they, unfortunately, have no idea. Most are still using the antiquated standard costing methods created at the dawn of second industrial era when no digital computers existed. 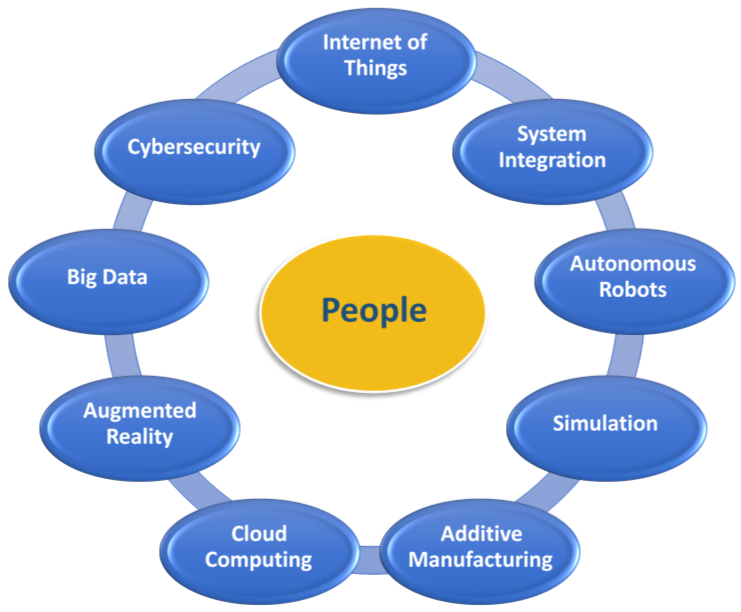 How can we make better decision when we do not know the required imperative information? This is the challenge for assortment of Industry 4.0 technologies—pertinent data, proper analysis of data, and better decision making (see the attached picture). The central theme of Industry 4.0 is integration of disparate systems and creating a functioning whole with improved performance over its predecessors.

We already see some of this in play. Car sharing services like Uber, Lyft and others are creating a better customer experience. Autonomous self-driving cars are on the horizon. Other technologies such as augmented reality and additive manufacturing are creating a lot of possibilities. Big data, IoT and cloud computing are reshaping the software and information technology landscape.